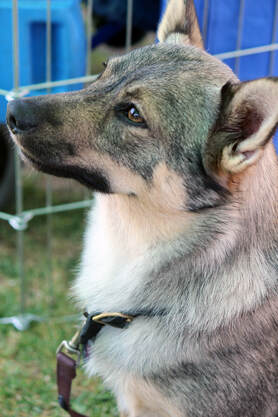 Our matriarch, Nea is calm and well behaved. She was my first Vallhund and the dog that started it all. She is now retired from the show life and spayed.

Nea has the tightest, curliest tail I've ever seen on an SV and has the cutest little wiggle ever. Nea is alert, protective and though not as drive-y as Rowan, loves to be active and with people. She also dances for treats if she's excited enough.

She is CGC certified, has her barn hunt instinct, and has completed her championship. 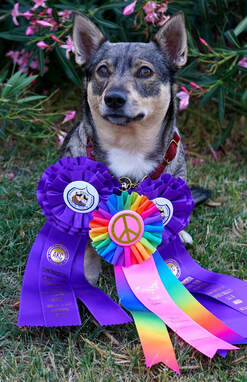 Rowan is our wild child and also the friendliest dog I've ever met. She's a little cuddle bug and loves to sit on laps and the back of couches. We secretly think she's actually part cat...
​
She's a little on the small side, with shorter than average legs, but is a super worker. She's very driven to do what is asked and will keep going until she drops!

Herding instinct passed on sheep and has completed her championship. Since she was graded as having possible dysplasia in on of her legs, she was never bred. 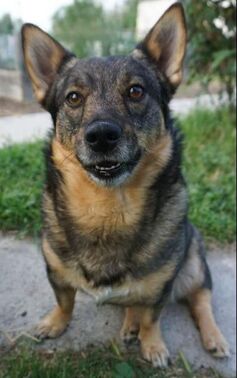 She's super smart and eager to please; she mastered the tunnel when she was 10 weeks old in about 5 minutes! She loves the outdoors and will follow her nose to where ever it takes her. We will be putting her in every activity we can.

Bev is also a major cuddle bug, if you stand still for too long, you will end up with her sitting on your feet. Her favorite thing is pets and scratches. She's my little velcro dog and sticks to my ankle wherever we go.

​​Retired and spayed.
CINDER (CH. ​WINDSTORM'S ASHES IN THE SNOW) 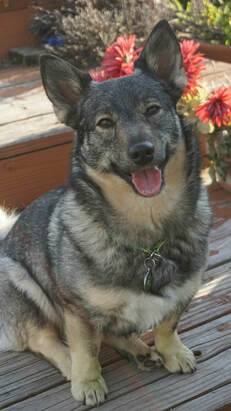 Cinder is one of the babies from Nea's first litter! We weren't supposed to keep any, but she was just too sweet to let go. My roommate decided to keep her and be co-owned with my mom and me.

She's definitely a work horse and very food motivated. She loves all sorts of treats and doesn't tire easily. She keeps us on our toes and will be a good working dog. She received best herding puppy in her very first puppy show! We are hoping to do agility with her someday and also hoping she loves to show as much as her sire does. 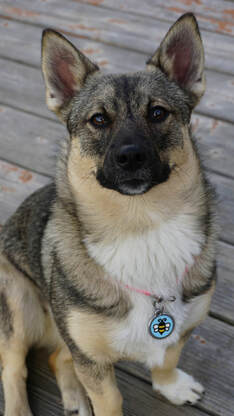 Astra is from Nea's second litter, the all girl firecrackers. Out of all the litters, this was definitely the feistiest. Every puppy was full of energy and spunk.

Astra spends her days chasing the squirrels and barking at the birds...non stop. She is one of the sweetest girls and does her own thing. She is super driven and loves treats. We have done a little nose work and herding with her, but currently focusing on getting her championship.
SUNNY (WINDSTORM'S AMBER SUNSET ROOIBOS TEA)
Proudly powered by Weebly